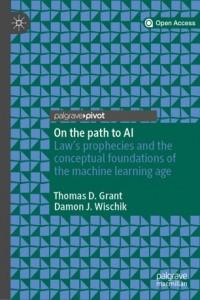 2017– I am a University Lecturer in the Computer Laboratory at Cambridge, specialising in data science.

I see data science as quantitative rhetoric: the art of using data to change how you and your audience see the world. I've worked at a startup building big data systems, and in statistical consulting, and as an academic mathematical modeller, and my data science is a synthesis of these skillsets.

2011–2016 I worked as the chief data scientist at Urban Engines, a Silicon Valley startup, now part of Google. We built a platform for visualising and analysing big data about things that move: commuters, trains, buses, taxis, delivery fleets, etc. We learnt a lot about how users want to interact with their data, how to help users understand richly structured data, and what sorts of interaction make sense for what sorts of data. I returned to academic life in order to turn these ideas into a systematic theory and to build the next generation platform.

2004–2011 I held a University Research Fellowship from the Royal Society, in the Networks Research Group of the Department of Computer Science at University College London. My topic was Mathematical models for Internet traffic. I came to UCL with the goal of translating theoretical work on congestion control, begun by Prof. Frank Kelly in Cambridge, into a practical system. With Prof. Mark Handley and others in the EU-funded Trilogy project, we created MPTCP (Multipath TCP), which became an IETF standard and is used by Siri on the iPhone.

2006– Statistical consulting for TauRx Therapeutics, a biotech startup based in Aberdeen, working on Alzheimer's Disease. This has involved interacting with medics, scientists, clinical research organisations, regulators, valuation consultants, and investment bankers, and has spanned Phase 2 and Phase 3 clinical trials. I have analysed data and advised on clinical trials, psychometrics, animal experiments, business development, risk and valuation.

2000–2005 I obtained a PhD in Mathematics from Cambridge University in 2000, supervised by Frank Kelly. I was awarded a Junior Research Fellowship in Trinity College, Cambridge, and I worked on theoretical queueing theory with application to Internet switches and routing.

This open access book explores machine learning and its impact on how we make sense of the world. It does so by bringing together two ‘revolutions’ in a surprising analogy: the revolution of machine learning, which has placed computing on the path to artificial intelligence, and the revolution in thinking about the law that was spurred by Oliver Wendell Holmes Jr in the last two decades of the 19th century. Holmes reconceived law as prophecy based on experience, prefiguring the buzzwords of the machine learning age—prediction based on datasets. On the path to AI introduces readers to the key concepts of machine learning, discusses the potential applications and limitations of predictions generated by machines using data, and informs current debates amongst scholars, lawyers and policy makers on how it should be used and regulated wisely. Technologists will also find useful lessons learned from the last 120 years of legal grappling with accountability, explainability, and biased data.