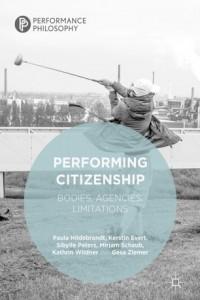 Mirjam Schaub studied philosophy, political science and psychology in Münster, Munich (LMU), Paris (Sorbonne I) and Berlin (FU); and attended a summer school in screenwriting at UCLA/USA. She finished her studies as a Magistra Artium (M.A.) in 1995 on Kant und Bergson. In addition, she attended the German School of Journalism (DJS) in Munich, graduating in 1994. Already since 1991 she worked as a freelance journalist and critic. From 1995 to 2001 she became a lecturer at the Free University (FU) Berlin where she finished her Ph.D. on Gilles Deleuze, time and cinema in 2001. The next two years she spent as postdoc scholar at the interdisciplinary graduate school “Körper-Inszenieungen“ [Staging the body] of the department of theatre sciences (FU Berlin). From 2003 to 2004 she worked as a freelance culture journalist, e.g. for Thyssen-Bornemisza Art Contemporary (T-B A21)/Vienna, and as theatre producer for Sophiensæle (Berlin). Between 8/2004 and 3/2009 she was an Assistant Professor at the FU Berlin, where she completed her habilitation on the puzzling use of examples in aesthetics and philosophy. The following 18 months she spent as a Visiting Research Fellow at the Institute for Advanced Studies in the Humanities (IASH) of the University of Edinburgh, Scotland. From 10/2010 to 9/2011 she returned to Germany to take over a vacancy professorship at the department of philosophy, FU Berlin; from 10/2011 to 3/2012 she did a similar job at the department of philosophy at the Technical University of Dresden.

In April 2012 she received a call for a permanent professorship for “Aesthetics and Cultural Philosophy” at the Design Department of the University of Applied Sciences (HAW) Hamburg, which she accepted. Since January 2015, as a founding member of the artistic and scientific graduate school “Performing Citizenship”, she also surveys three PhD-students at the Hafen City University, Hamburg. In March 2016 she received a call as professor of philosophy to the University of Art and Design Halle, Burg Giebichenstein, which she accepted from March 2017 on.

She is currently working on a monograph entitled: »Performing Radicality. An untold history of Pop Culture«, tracing the idea of a latent radicalness in pop culture back to the category of „use“, becoming ubiquitous since Jeremy Bentham invented the »Auto-Icon« (1832). Mirjam Schaub’s research interests include cultural and media philosophy, especially film and cinema, aesthetics and art philosophy, Aristoteles, Leibniz, Baumgarten, Kant, Schiller, Schelling as well as French philosophy of the 20th century, particularly Deleuze, Barthes, de Certeau and Foucault.

This open access book discusses how citizenship is performed today, mostly through the optic of the arts, in particular the performing arts, but also from the perspective of a wide range of academic disciplines such as urbanism and media studies, cultural education and postcolonial theory. It is a compendium that includes insights from artistic and activist experimentation. Each chapter investigates a different aspect of citizenship, such as identity and belonging, rights and responsibilities, bodies and materials, agencies and spaces, and limitations and interventions. It rewrites and rethinks the many-layered concept of citizenship by emphasising the performative tensions produced by various uses, occupations, interpretations and framings.